I’m April Monterrosa, the writer, social media influencer, content creator, & photographer behind shinebeautifully.me. My blog, along with my social media channels are my content collection that displays my life as a free-spirited career woman, entrepreneur, and auntie. As a true renaissance woman, my goal is to influence and encourage others (especially the busy professional like myself) to make time for family, fun, adventures, and self-care. My passion for writing as a young girl is what lead me to blogging and self-publishing my first book titled, “Shine Beautifully”. Born and raised in the Southside of San Antonio, Texas, I am very proud of my Alamo city, the neighborhood I grew up in, and being an ambassador for the South San Antonio Chamber of Commerce. I’ve been featured in Good Housekeeping, SAXtreme Magazine, Chicano Life Magazine, a former member of the SeaWorld Wildside Bloggers , a Naturally Lindy and James Avery Artisan Jewelry ambassador and a currently a member of the Texas Auto Writers Association. In my professional life aside from writing, I have been in the beauty and hospitality industry for over 20 years and worked in some of the most luxurious hotel resort spas in San Antonio, such as JW Marriott, Marriott International & Hyatt; it’s what also influences me to share my experiences and recommendations. Unexpectedly building up my own clientele is what motivated me to start my own spa studio business where I offer skin care and waxing services. Due to all my experience in the beauty industry, I was brought on as a brand ambassador for Naturally Lindy, an aloe vera skin care company in Beverly Hills, California. I am very blessed that I can mesh my passions together and turn them into my full-time career, all while bringing my friends and family along on my ventures. Hope you enjoy all you read, share, subscribe, and shine beautifully! ~April Monterrosa Want to work with a San Antonio Lifestyle & Travel Blogger? Contact me at: april.monterrosa@gmail.com. 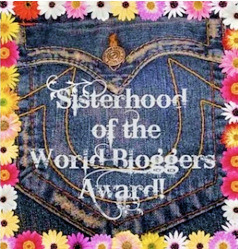 Years of longing finally came to an end. It was here, that one chance to feel the most unforgettable feeling in my existence. Only one night, filled with desire, love spewing from every direction in the room, it was common ground, yet still shaky with nerves of innocence. He’s the one, my long lost love, where my soul feels at home, where it belongs. His touch is like no other, it’s safe yet erotic in its own way. His kisses feel like rain, dripping all over my naive mind. And the look that he gave me is one I can only read. Night was almost over,  the sun was on its way, and though it came to an end, every time I close my eyes it’s all I see.

The famous saying, “Follow your heart”, can sometimes be the worst. Women tell each other this crock of shit line all the time. Now, before you think I’m a heartless bitch, let me explain why, I’ve stopped following my heart.

The older I get and now being happily married, I’ve thought about past relationships, why they didn’t work, why I put up with things I normally wouldn’t have. The reason is, I was following my heart. Most of us women are hopeless romantics, some show it more than others, but it’s natural for us women to want romance, it’s how we’re built. I think most of my failed relationships have been from following my heart. Had I listened to my brain instead, I probably wouldn’t have wasted so much time in some of the relationships I had been in.

When we follow our hearts, we over look things, put up with stuff, and sometimes even loose ourselves. The biggest thing with following your heart is it can put you in an unhealthy relationship. Even though your head tells you otherwise, you ignore it because of what the heart yearns for. In my opinion, if your heart and head are saying the same thing and you’re in a healthy, happy relationship, congrats to you, that’s so hard to find. Most women ignore what their head says, follow their hearts, and never really get that happiness they want or deserve.

My last relationship prior to my husband was very rocky, yes, because I followed my heart. After that ended and I was dating, I stopped following my heart and paid close attention to what my head would tell me. I have to admit, it saved me from wasting time on those that didn’t have me in their best interest, ending up with a life that I didn’t want, getting hurt, and most of  all, being in an unhealthy relationship. This is something many people forget to do in the beginning stages of a relationship. It’s so easy to follow your heart and ignore signs or red flags that are screaming “no, not this one” at you. This is why women settle, waste years on someone they’re hoping will change and treat them better, and end up losing themselves entirely.

When my husband came along, my heart was screaming for me to listen to it. It took all my strength to listen to my head first and I did. Even though I was head over heels in love, I had to think about what my value to him was, how he treated me, was I his priority, was he selfish, was I his queen, his equal, did he love me like I loved him…these are the kinds of things I thought about. I was not going to waste years with someone, again, being unhappy, I knew better this time around, and I know what I deserve.

I have now been married two years. Being a military wife, not living together immediately, and deployments made things tough, I’ll admit. But following my head and not my heart has put be in a happy marriage and I am treated the way I wanna be and deserve to be.